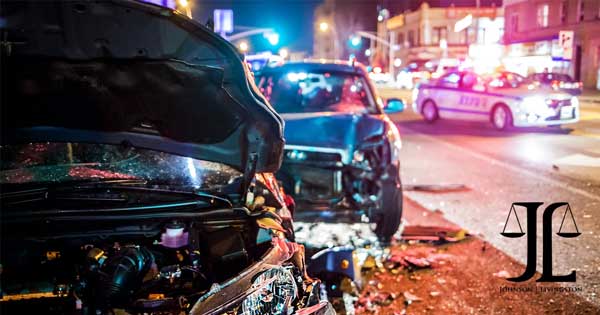 Why Should We Call them Car Collisions and Not Car Accidents?

Words have power and carry a lot of meaning, both in how they are defined and how society casually uses them and the power words hold in our everyday lives. Take using the word “accident” for example, to describe something that happened versus using a term like crash or collision to describe that same incident. Did they paint different pictures in your mind?

Accidents by definition are unintentional, something that happened but could not be foreseen or prepared for and done without malice or premeditation. Incidents that could have been prevented but were caused by your actions and choices should be referred to as a crash or collision, not an accident. When one vehicle hits, sideswipes careens or collides with another vehicle, that is a crash.

When an incident occurs and it is labeled an accident, it leads people to believe that no particular person (or people) is responsible for what happened, it will go under the idea that it simply happened without cause.

Accident is a term that insurance companies like to use but is very misleading. In truth, a car accident is more like a car collision or car crash, because no matter which way you look at it, someone wasn’t following the rules of the road and caused a crash. The person at fault for the crash may not have intended for the crash to happen, but they at some level knew their actions could result in a collision and still chose to continue doing what they were doing. It’s arguable that a majority of car crashes and the injuries that result from them could be preventable if not for distracted and negligent drivers.

Insurance companies are notorious for playing off the public’s mislead perception of the word accident and will try to use the no-fault attitude that comes with using the word accident. “Accident” is used commonly as a tactic to minimize the fault of the negligent party, and their client. If they can get their client off the hook and pay less on a claim, they will do it.

How Does This Affect my Personal Injury Case?

Legally, there is a difference between what defines a crash and what defines an accident.  How your injury case fits these definitions will play a big role in settling your case with an insurance company, especially if you are the one at fault.

The argument against the word accident is nothing new, and has been a popular movement for years. There are many advocacy and grassroots groups that are big proponents and supporters of the movement to stop using and completely remove the word accident from the vernacular for describing vehicle incidents.

Advocates and proponents for the change argue that using the word accident to describe a car crash has a significant impact on drivers and downplays the fact that they can be held responsible for a car crash. Many states in the U.S.  have passed laws or directives establishing the use of car crash or car collision and removing the word accident from official documents such as police reports.

Looking for Support with Your Personal Injury Claim from Injuries Related to a Car Crash?

If you have suffered injuries as a result of someone else’s negligence while driving, you should speak with a personal injury attorney right away. Insurance companies are quick to assert no-fault of their driver or will unfairly compensate for injuries. We advise that you do not speak to any insurance company, including your own before consulting with a lawyer. At Johnson | Livingston, we are here to help you through the process of your car crash claim by dealing with insurance companies and negotiating fair and just compensation so you can focus on your healing and recovery.

Do you have specific questions about your personal injury claim? Contact our experienced car crash attorneys to schedule a free consultation or call us at (801) 948-9670 and let’s review your case together.