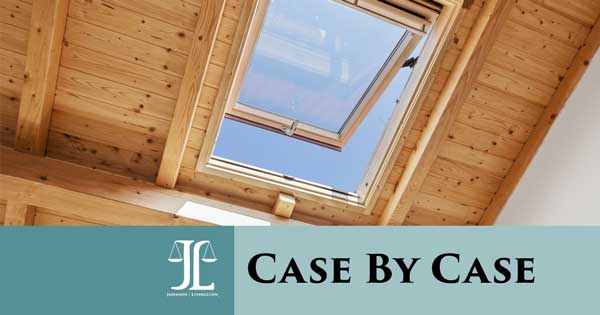 Each case study is based on real cases that Johnson | Livingston has either successfully settled or completed with a verdict. Our success is based on the way we approach taking care of our clients, our expertise, and gathering evidence and facts.

Our client who was 11, was with a friend and climbed on the roof of a nearby middle school. She stood on the skylight.  The skylight broke and she fell through, resulting in a compound fracture of her femur.

The insurance company argued comparative fault because she trespassed and climbed on the roof of a building that she shouldn’t have. However, we argued that she is young and irresponsible and the big problem was that the school made it SUPER easy for kids to climb the roof the way the roof was designed.

The school was aware of multiple people that had climbed on the roof and other serious injuries that had previously occurred. After our case was started and we went out to conduct a site inspection we learned that they had in fact reconstructed the area to eliminate the easy access.

Case Details & Why They Needed a Lawyer

Because you are “trespassing” it doesn’t mean you don’t have a case, you need an attorney to review the facts and be honest with you about the concerns and potentials for a case related to your specific injuries and concerns.

Our client had a lot of medical expenses and she was able to receive compensation that covered all her medical bills and she had some left over in her pocket as well. It turned out well for her and future children because the school was fixed.

Side note: Her mother was killed in a car accident and she was being raised by her grandpa. This would have been very hard for him to pay and he had no means to fight this himself. Getting an attorney that works on contingency fees is what made it possible for our client to afford her medical treatment.

What to Expect in a Consultation with Johnson | Livingston?

We take each case seriously. During your free consultation, you can count on us to listen to your story, take notes, and ask you questions about how your life has been impacted. You can also count on us to communicate in ways that are not overwhelming or to use lawyer jargon.