Regardless of how large or small a case is it’s our job to help you be less stressed through the process. We are here to provide the guidance and counsel you need to take the right steps to complete your case.

Johnson Livingston is a law firm that focuses primarily on personal injury cases. Our firm is dedicated to treating you the way you deserve, with attention, compassion, and respect.  We are also here to stand firm for you and with you through your case.

It is our job to help you navigate and understand the legal world so that together we can take the right steps at the right time to fight for what you need. We are here to negotiate and, if necessary, go to trial to help your case be fully resolved with your best interests in mind.

Every Person Deserves Quality Representation & Legal Counsel After an Injury

Johnson Livingston started in August 2018 when Blake Johnson and Todd Livingston came together to create a personal injury firm that is built with people’s best interests in mind.

After first-hand experience, Blake and Todd were tired of the ways that insurance companies, adjusters, and others took advantage of situations and circumstances that affect the long-term quality of life for individuals and families after an injury.

Our firm was created based on our belief that every person deserves quality representation that provides real support and information during a personal injury claim. With every client, we give 100% of our effort because every person matters, regardless of your case size. If you are injured and you need support to file a claim, or to go through the settlement process or take your case completely through court, we promise to do what we see is best for you and your case.

You can count on us to listen, take the time to hear your concerns, and to communicate in a way that you understand through the whole settlement process. We are here to make sure that your case has the attention it needs and we will take it fully to trial if that is what we need to do. 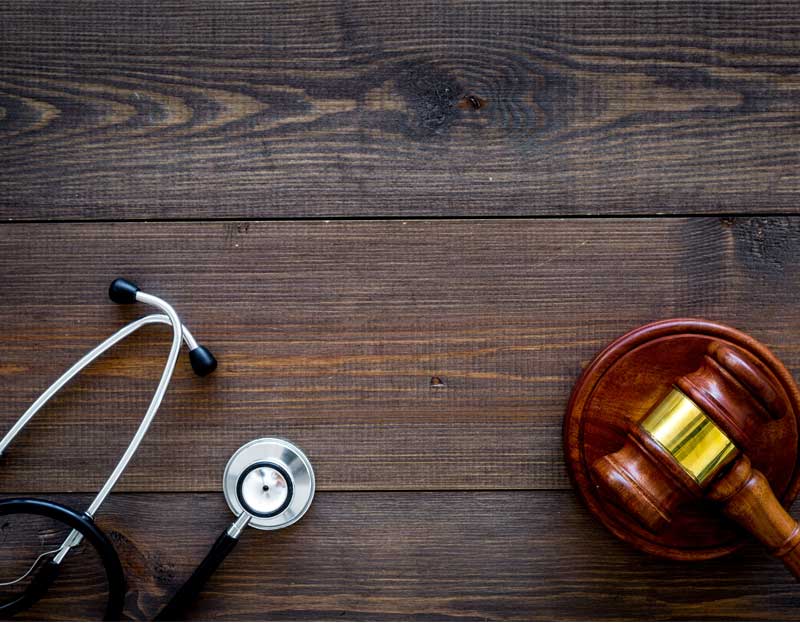 Our goal is to raise the level of quality you can expect from a Personal Injury Attorney here in Utah, so that when you make a claim you are taken seriously and have a higher opportunity for a fair case and settlement.

Everyone deserves equal care and an opportunity to have someone fight for their case, and have their personal injury case taken seriously.

Those who are injured and need legal representation deserve to have a lawyer and a firm that will treat them like a real person, know their clients by name and what happened. No one deserves to be treated like a number, or dollar amount.

No matter how large we grow we are committed to providing quality representation, consistent communication, and support through your personal injury legal case. We care about you and your life, and we will stand for you like your case matters because it does.

We are here to take the time to know your experience, your injury, the ins and outs of your case. If a personal injury case is to be taken seriously, that means you need an attorney who will take the time to gather the evidence, and someone you can count on to work for and with you through the process.

We promise to provide quality counsel support through your specific case, we stay in communication, and we are here to help you along the way.

We care first and foremost about people, and we are driven to do what’s best for our clients, based on each specific case. Our team knows your name, and your case. We promise to treat you with respect and explain each part of the process in language that you will understand and work with you to get a fair settlement. We promise that when you start working with us we will take the time to know your case, and you can count on us to go with you through the whole process.

For any case to be successful, you need an attorney who knows the legal process inside and outside. Because of our expertise, we know that for a case to go well we need to prepare, we need to make sure we have the right documents, information, and evidence that sheds light on your experience and what happened and why you are making a claim or filing a lawsuit. Preparation is key so that we can accurately and authentically represent your case.

Active communication is a two-way street, we are here to listen, understand, and to help address your concerns, and answer your questions. It’s also our job to educate you and prepare you for the steps in the process and make sure we have what we need along the way. If you have questions, we will answer, if you are worried about something we want to hear your concern, if you call we will pick up or call you back as soon as possible. We also will reach out to you at least monthly throughout the duration of your case.

If you are not sure if your case is worth pursuing, it’s our job to let you know that. We will not lead you on. It’s important for us that you know that we expect you to be honest with us, and you can count on us to be honest and transparent with you. 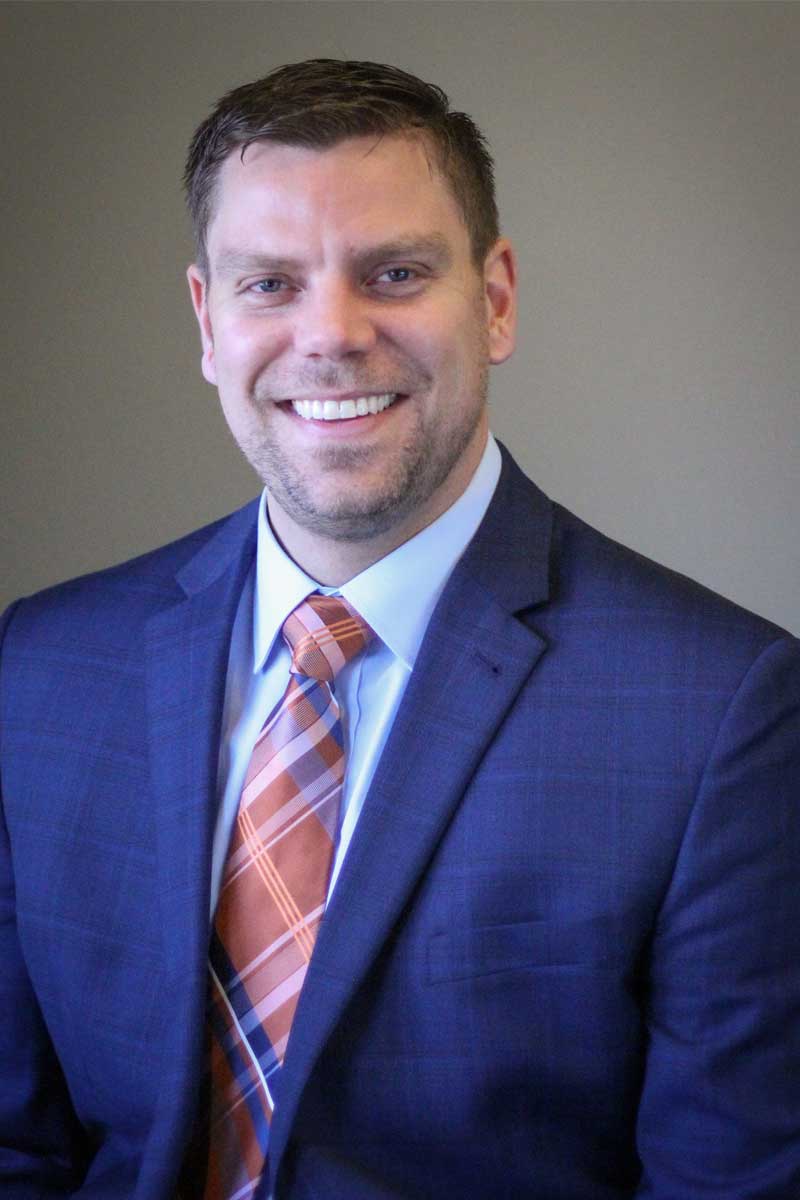 Blake was born and raised in Utah and attended the University of Utah Law School. While in school, Blake was a member of the Mediation and Negotiation competition team. He discovered his passion for personal injury while employed as a clerk during law school.

Life experience has set Blake apart from most attorneys working in his field. As a former Private Investigator Blake takes a very logical and common sense approach to the cases he works up. His experience a s PI has taught him how to discover the information needed to fully explore a case. His ability to get to the truth and find the facts are critical when advocating for his clients.

In addition to his investigative skills, Blake also became fluent in Spanish after serving an LDS mission in Argentina. Speaking Spanish has not only allowed Blake to advocate for a larger population, but also gives him an advantage when interviewing potential witnesses in the cases he works up. 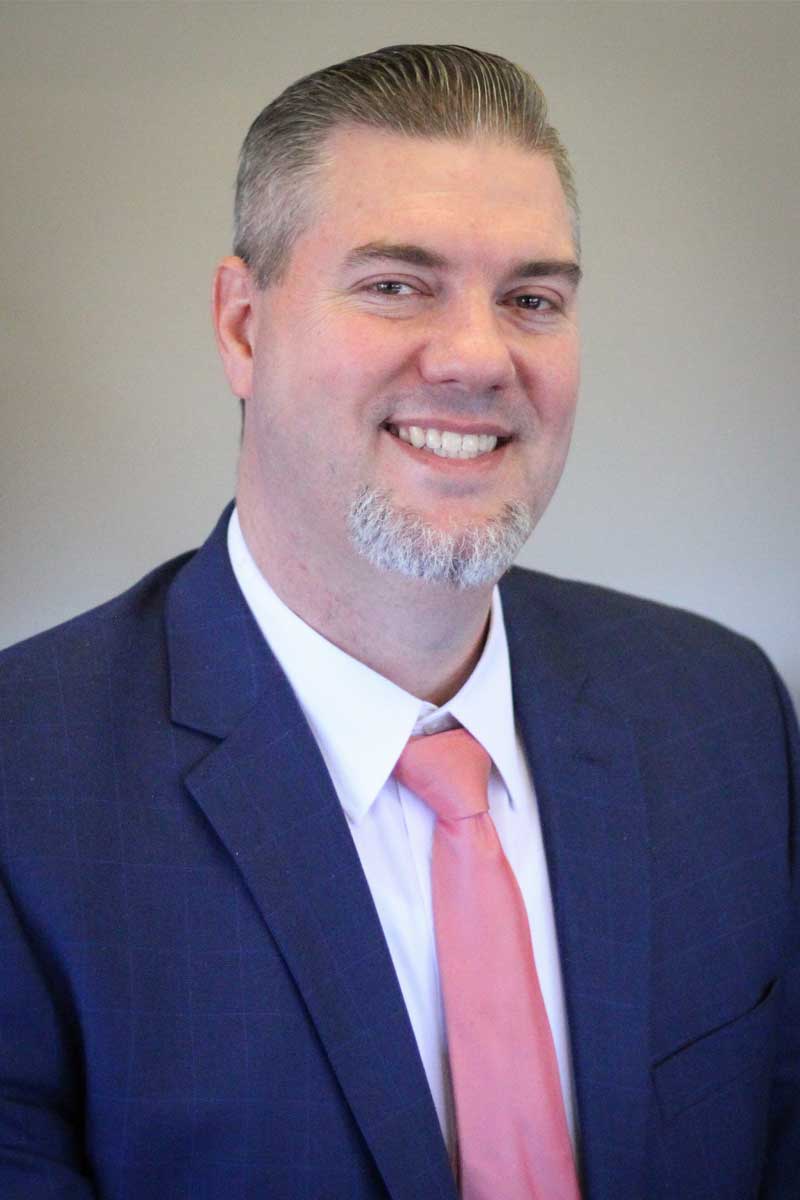 Todd and his family found their way to the Beehive State in 2011, when he received the opportunity to extern at the Salt Lake City Public Defenders office. He has dedicated himself to fighting for people whose voice may not always be heard. Prior to formulating the Johnson | Livingston firm, Todd worked for Kramer Law Group as a personal injury attorney, and Todd practiced personal injury, criminal defense, and immigration law at Anderson & Young. 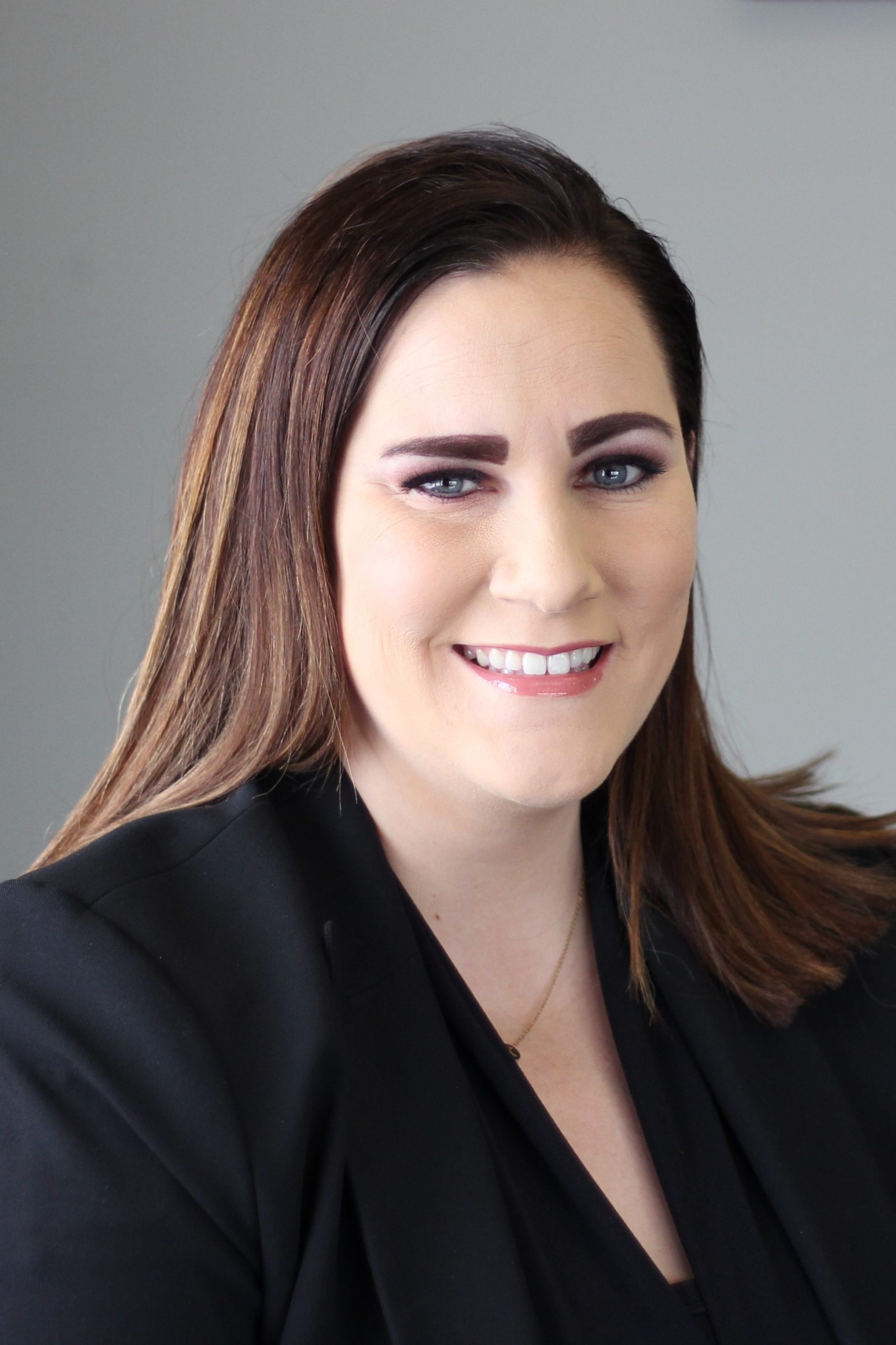 Kara H. North is a native of Orem, Utah, and loves serving the people of Utah through her law practice. Kara attended Utah Valley University and graduated in 2007 with a B.S. in Business Management. After UVU, she attended the S.J. Quinney College of Law at the University of Utah, where she was a member of the Family Law journal and International Moot Court Team.

Upon graduating in 2010, Kara began her legal career in Las Vegas, Nevada with a large insurance defense firm. It was there that Kara first began to feel the pull toward helping injured Plaintiffs instead of corporate giants. In 2011, Kara returned to Utah and began focusing her practice on Plaintiff’s personal injury, criminal defense, and adoption. She has successfully argued for clients in District Court, Juvenile Court, Mental Health Court, and the Utah Court of Appeals. In January 2022, Kara decided to solely focus her practice on Plaintiff’s personal injury by partnering with Blake Johnson and Todd Livingston. Joining the Johnson Livingston team and continuing her advocacy for the injured, has been a dream come true.

Kara is always looking for ways to be involved in her community. She previously served as a member of the Saratoga Springs City Planning Commission, and as the Conference Director for a large bi-partisan, non-profit organization, focused on restoring ethics in politics and government. Kara served as the 2020-2021 President of the Central Utah Bar Association, and as an Executive Vice-President of the UVU Alumni Board from 2016 to 2022. She recently accepted nomination to serve as the UVU Alumni Board President and will concurrently serve on the UVU Board of Trustees from August 2022 to 2025.

Kara has been married to her husband Travis, for 18 years, and they have one son. In her free time, Kara enjoys podcasts, puzzles, and sports. 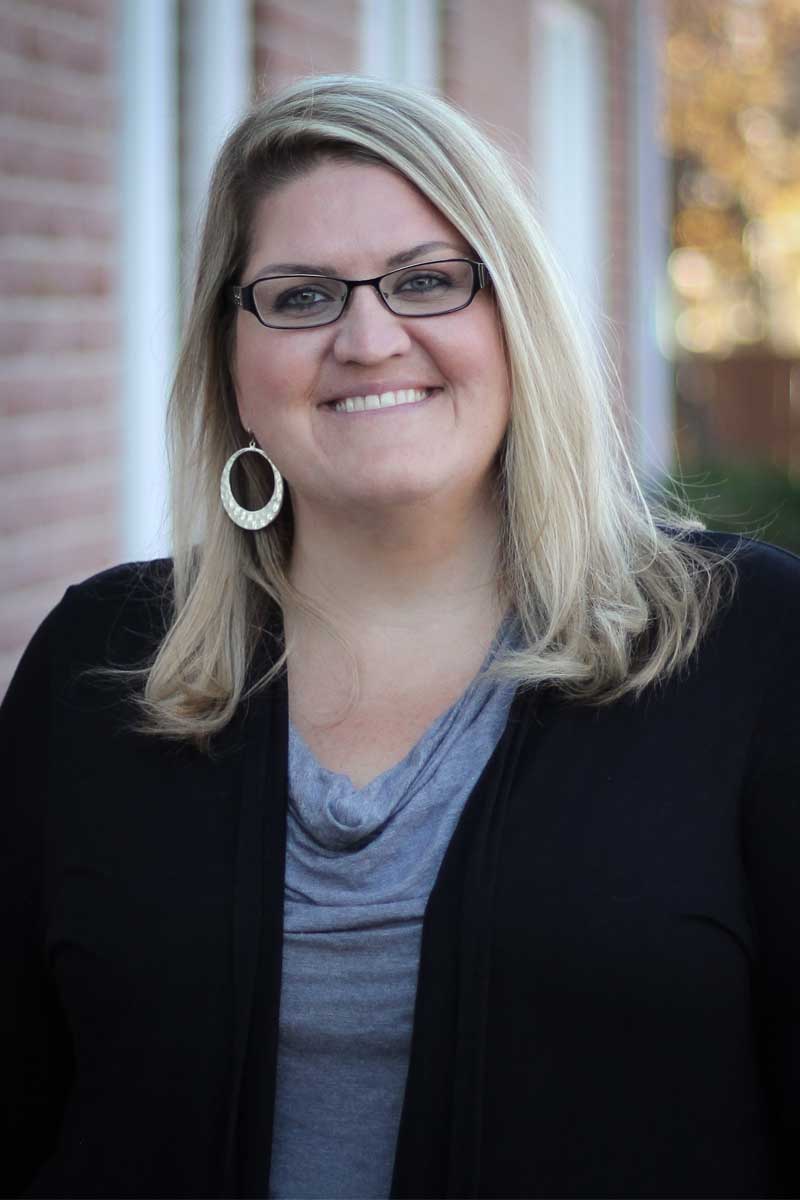 Jacque began working in the legal field in 2013 when she joined the team at Myler Disability. Ultimately she joined the Personal Injury side in 2015 and has fallen in love with that area of law.

Jacque’s passion for helping others and her attention to detail makes her a valuable member of the team.

She’s is focused on doing what is best for our clients and loves investigating cases to ensure the best possible result can be received for each client.

Casandra was born and raised in California. While working at a Chiropractic office, she realized how passionate she was about injured patients receiving the treatment and benefits they needed. In 2018, she began working for a personal injury law firm and realized how much she loved fighting for the clients. In early 2021, she joined the dream team at Johnson Livingston.  Her medical knowledge and passion for advocacy have been a great addition to our group.

Areas We Serve in Utah 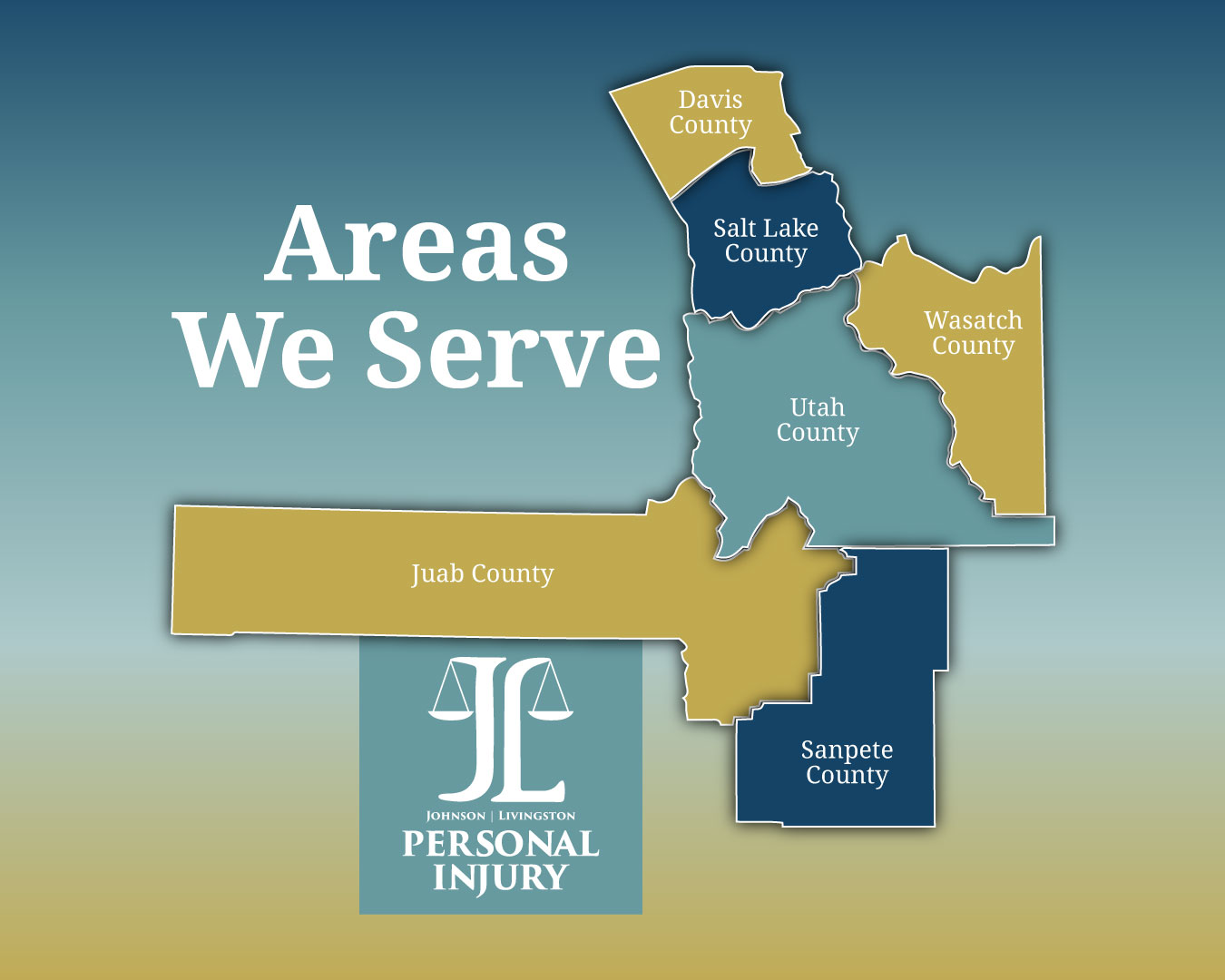 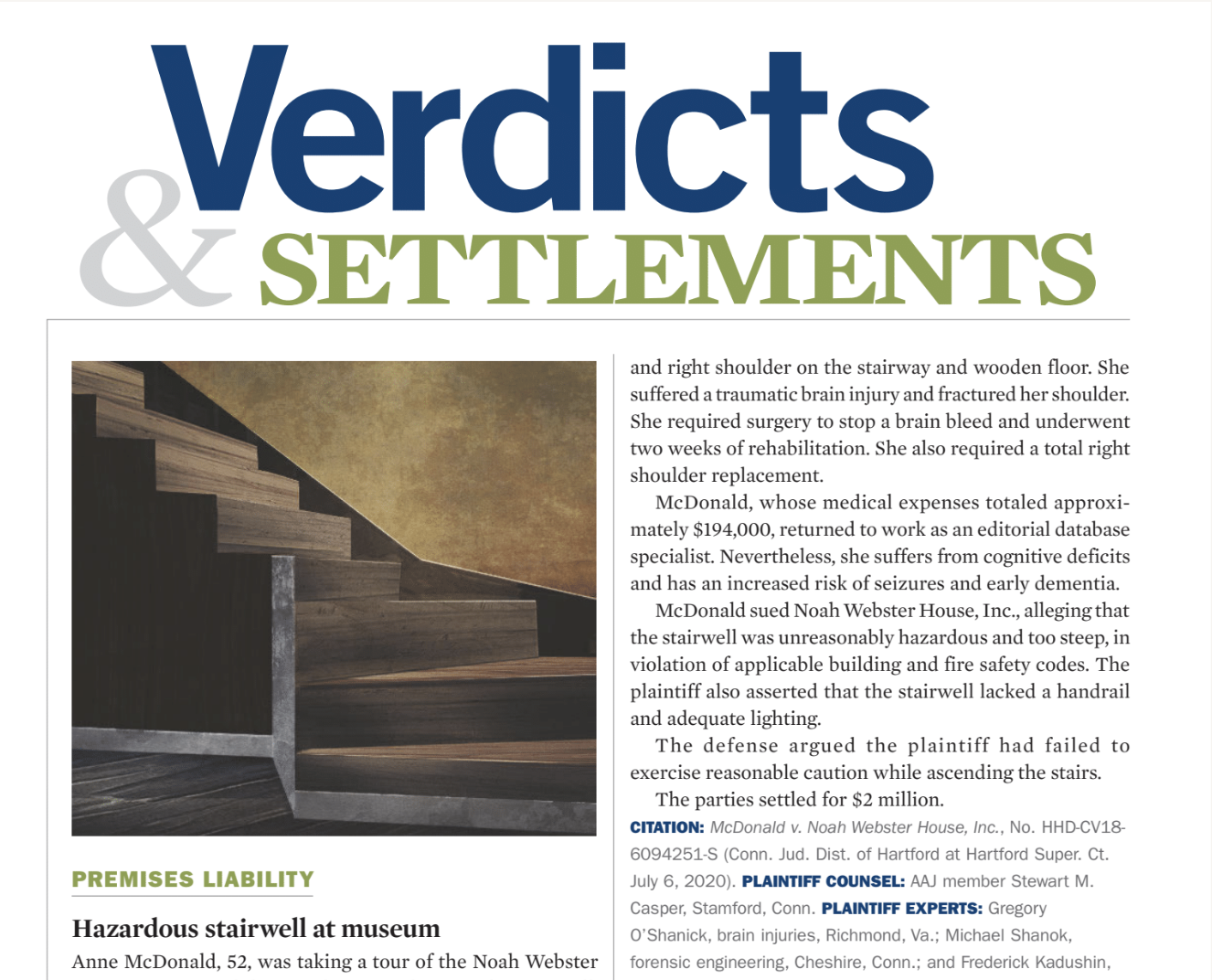 We care about your injury, and your ability to have a high quality of life.

Our focus has always been on personal injury because we are passionate about people, and when we work with our clients we take the time to care about your challenges, your injury, and your ability to have a high quality of life.

Our approach combines our core values, our expertise, and willingness to take the time to present a successful case. By putting our clients’ needs first we focus on doing what we do best and share your story based on facts and evidence. We communicate through every step of the process, making it easy for you to focus on getting better while we focus on your case. In order to do our best work and successfully tell your story, we rely on full disclosure and honesty from each of our clients. 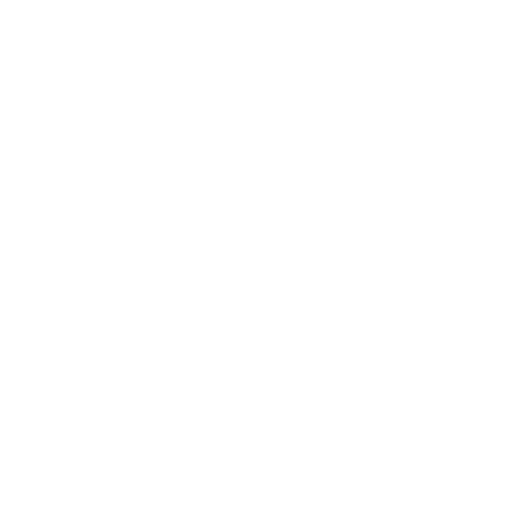 Give us a Call Today or Contact us online through the form below to Schedule a Free Appointment to Discuss your Case.

In a hurry? Just leave us your name and number, and we'll call you!